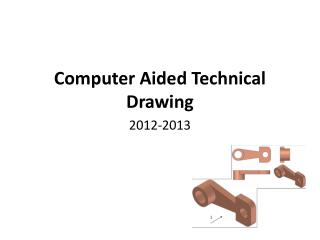 Computer Aided Technical Drawing 2012-2013. 1. The design process. Almost everything around us has been created by, or is influenced by, engineers: Buildings, vehicles, roads, railways, food growing and processing, books, medical care, recreation , etc.

COMPUTER BASED INSRUCTION - It will be helpful, to start with offering some definitions of computer aided instruction (

Welcome to - . what will we do this year?. autocad is a technical drawing program, used by engineers, manufacturers and