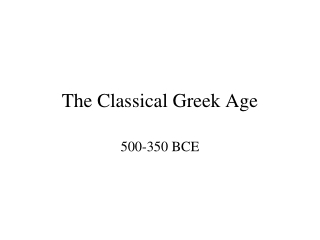 The Classical Age of Greece - 800 b.c. – a.d. 200 basic background together, the cultural achievements of ancient

Classical Greek Philosophy - . aristotle. aristotle. perhaps the most complete thinker the world has ever known.