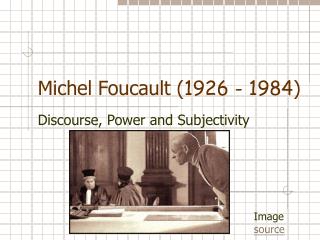 M. Foucault ‘Discipline and Punish: The Birth of the Prison’ - . part 4 - prison. introduction. previous theory on

Michel Foucault - . foucault vs. marx. like marx, foucault interested in inequality, in the exercise of power – but he

Foucault s Will to Non-knowledge - Foucault's will to non-knowledge. introduction : sub-issues. identity, also that part

Leon Foucault - . done by: sabrina, andrea, and tianyi . 2r3. foucault was born in paris and received education at home,