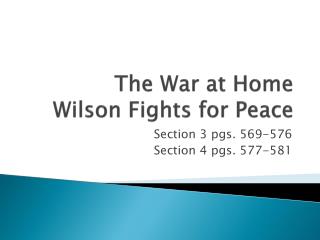 A Life Lived for God and World Peace Reverend Sun Myung Moon’s Life and Work - . history. born in 1920 the moon home in

Lesson 17.2 – The War at Home - . today’s essential question: how did the civil war affect civilians?. vocabulary .