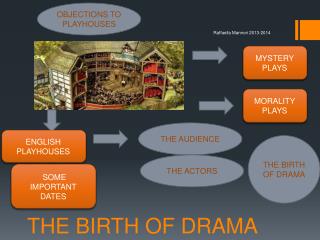 The Elements of Drama - . 7th grade language arts. essential question. how does drama provide the reader a different

The Art of Drama

The Birth of Romania

The Birth of Israel - . jewish immigration. after the second world war, refugees and displaced jews from europe began to

The Birth of Jazz - . the origins…? . jazz was surely developed in new orleans not necessarily in the red-light

The birth of Theatre - . storytelling, egypt, the bible and the greek stage. ancient

The Birth of Art - . africa, europe, and the near east in the stone age gardner’s 11th edition. waterworn pebble

The Birth of Stars - . chapter twenty. guiding questions. why do astronomers think that stars evolve? what kind of matter

The Process of Birth - . introduction intrapartumperinatal period. physiologic effects of birth/adaptation to labor

The Birth of Photography - . - niepce ( heliographs ). in america. john lock samuel f. b morse the telegraph . what do