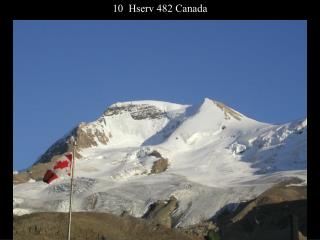 10 Hserv 482 Canada. Learning Objectives. Describe plausible reasons for Canada's good standing in the Health Olympics List factors that may be involved in the decline in standings over the last decade. My Background. Hserv 482 #7 Medical Care and Health - . warning attending this presentation may be dangerous to your perceptions of

482 – Lecture 1 - . anatomy of a manuscript…. manuscripts are often designed to look like experiments….

Multiculturalism in Canada Chapter 10 - . what is official