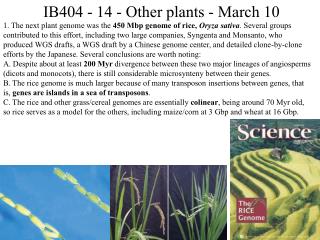 Chapter 36 Transport in Plants - . how do plants move materials from one organ to the other ?. question ?. levels of

Morning Warm Up Day 1 - How were plants important to the triceratops in “the big circle?” how was the grass

Click through 100 plants growing in woods, on fields and riversides. - Test your knowledge of plants in summer!. december

Plant Kingdom - . eq: how do parts of plants function for the survival of the whole organism?. plants with seeds. general

PLANT DIVERSITY - . land plants evolved from green algae. the origin of plants from algae the closest modern relatives of

Ms. Aguirre - . part a- chapter 3. common parts. there are more than half a million types of vascular plants on earth.

Transport in Vascular Plants - . overview: pathways for survival. for vascular plants, the evolutionary journey onto land

Plant Structures Roots, Stems, and Leaves - . chapter 23. 23-1 specialized tissues in plants. plants are as successful if