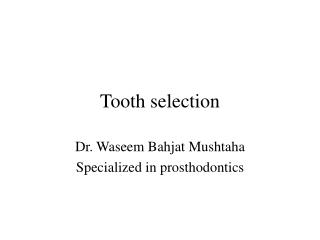 Wisdom Tooth Wisdom - . demystifying the past and planning for the future. ted fields, dds, phd. course outline. part i:

Dental germ - . morphological and biological characteristics of the tooth germ. origin of teeth. teeth have a dual