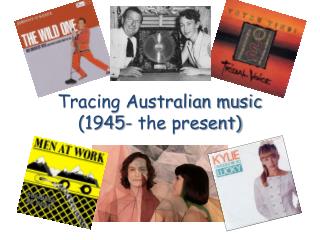 Tracing Australian music (1945- the present). Learning intentions. Aims: To explore how the development of popular music in Australia reflects changing attitudes and ideas of identity (both within Australia and overseas) Outcomes : 1945-Present - . “the world we live in today was formed by the events of world war ii and its immediate

Australian Music Bands - To learn more about us and to book us in, please click on the relevant links below. you can

Religion in Australia since 1945 - . the 2006 census. outline changing patterns of religious adherence from 1945 to the

Post WWII – 1945 - Present - . topics: war served cold and hot from the back of the bus to the great society nam of