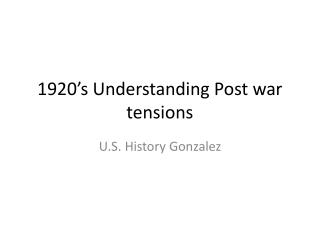 1920’s GM Ad - . the “sloan meetings”. these were special meetings, held twice per year in detroit, under the

America in the “Roaring 1920s”: Economic Triumph and Cultural Tensions - . join this group?. for christian values