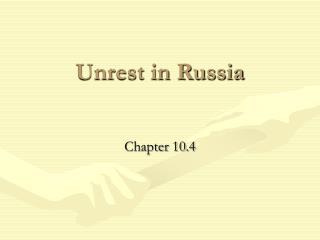 Unrest in Russia. Chapter 10.4. Russian Society. Autocracy – government by one ruler with unlimited power Serfs – people who were considered part of the land they work on and were ruled by lords Technically they weren’t slaves Living conditions & treatment were much like slavery.

Kazhi Island Russia - . lake onega is the second largest lake in europe, it covers 3,757 square miles and has 1,000

Russia – is the biggest country in the world - . in the north russia is washed by the arctic ocean in the south – by

Investments and Finance in Russia - . dr. ivan darushin the department of credit theory and financial management

A presentation to the System Operator for the Unified Energy System of Russia Moscow, Russia September 2007 - Managing