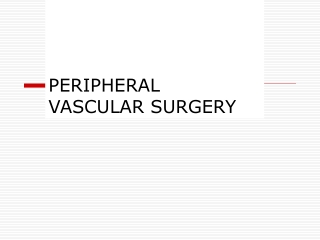 Peripheral Vascular System - . consists of a system of intertwining veins and arteries which carry blood to and from the

Assessment and management of peripheral vascular disease in the diabetic patient - . francis dix consultant vascular and

How Busy Women Look After Their Reproductive Health - At usa vascular centers, we are committed to diagnosing and