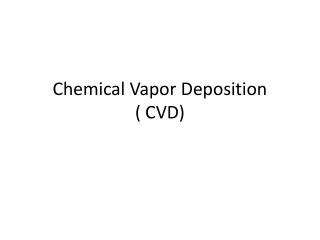 Chemical Vapor Deposition - . this presentation is partially animated. only use the control panel at the bottom of screen 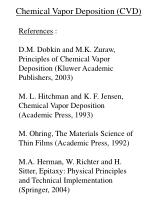 Lecture 15 – CVD &amp; Film Stress - . chemical vapor deposition (cvd) is a method of depositing a film onto a