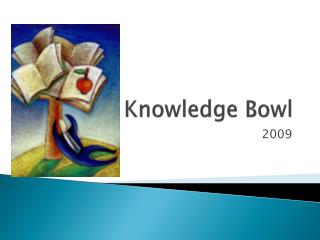 Knowledge Bowl. 2009. Which American novel has a character who takes a raft ride down the Mississippi River with his friend?. A. Huckleberry Finn B. Tom Sawyer C. Life on the Mississippi D. Huck and Tom. Compared to the human pelvis, the chimpanzee pelvis is. A. narrower and longer

Rule-based Knowledge (Expert) Systems - . eie426-knowledge-systems-0809.ppt. contents. what is knowledge? rules as a

What is Knowledge Organization? - Approaches to knowledge organization (ko) by birger hjørland lecture given at the

Knowledge - Made by mike gershon – mikegershon@hotmail.com. knowledge. press me. press me. comprehension. press me.

Knowledge - Made by mike gershon – mikegershon@hotmail.com. knowledge. press me. press me. comprehension. press me.

PRG 420 Knowledge is divine--prg420.com - Is a truly special teacher is very wise and sees tomorrow in every