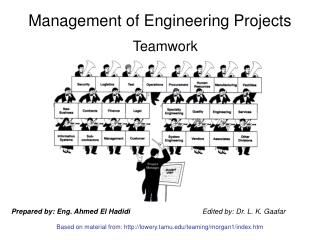 Application of management and systems engineering to student projects - . the example of the auburn university student

An Overview of Civil Engineering Projects - . what is civil engineering?. throughout the history. great pyramid of giza.

Management of Software Engineering - . dr. mai fadel. introduction. there are many engineers involved in the development

Learning Engineering Through Projects - Our graduates. what characteristics do we want our graduates to possess?please