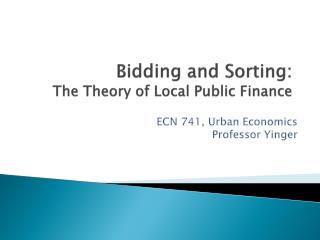 Bidding and Sorting: The Theory of Local Public Finance Bidding and Sorting: The Theory of Local Public Finance

Intro to Computer Science II - . chapter 12 searching and sorting algorithms with an introduction to algorithm