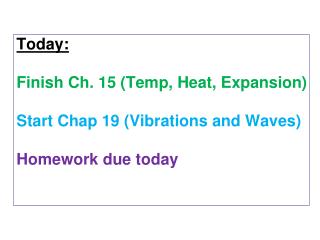 Today : Finish Ch. 15 (Temp, Heat, Expansion) Start Chap 19 (Vibrations and Waves) H omework due today. Vibrations. Some Preliminaries Vibration = oscillation = anything that has a back-and-forth to it Eg . Draw a pen back and forth over the same line, repeatedly: Systems Thinking and the Theory of Constraints - . the “job-shop” simulation. 4 types of products. product #1.