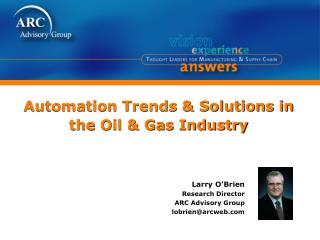 Overview &amp; Outlook for the Commercial P/C Insurance Industry for 2014 and Beyond Trends, Challenges &amp;

Automation Testing Presentation - . phil hunter. contents. introduction what is test automation and why is it useful?