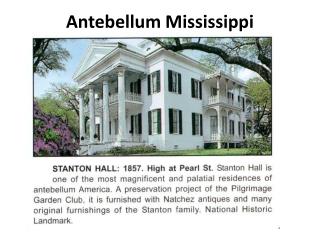 The Antebellum Period - . hush unit 5. the causes of the civil war. some say simplistically that the civil war was fought

1793- Invention of Cotton Gin - . summary- eli whitney invented a machine called the cotton gin which made cleaning the

Essential Question : - Which was the more powerful force during the era of good feelings: nationalism or sectionalism?.

Expansion &amp; Slavery - . after powerpoint: swbat. discuss why slavery was such a heated &amp; divisive issue

Election of 1860 - . missouri compromise. compromise of 1850. kansas-nebraska act. “a house divided against itself

I Know A lot About Andrew Jackson - . by liliana . table of contents. 1.opening 2. childhood 3 .jobs he had 4 .what pets

Settlement and Colonization of North America - . the company of 100 associates nations around the atlantic coastline the

Slavery - . by the end of huck finn, huck sees jim as a human being: a whole person, not a piece of property. this is

Do-Now - . what does the word “destiny” mean? do you think that as americans today we have a sense of destiny for our