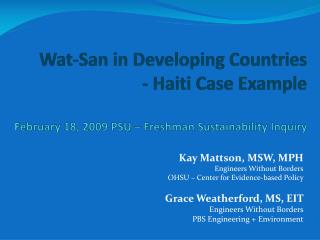 Evidence-Based Practices for Promoting the Literacy Development of Infants, Toddlers, and Preschoolers Classroom-Based

Evolution of the Revolution: How Can Evidence-Based Practice Work in the Real World? - . bruce f. chorpita wing institute