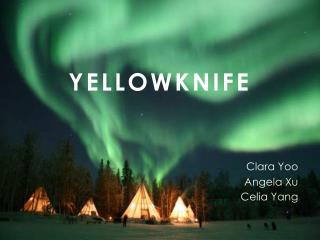 YELLOWKNIFE. Clara Yoo Angela Xu Celia Yang. Extends over the Cordillera, the Interior Plains and the Canadian Shield Almost half the population is made up of Aboriginal people (Inuit, Dene , Métis). YELLOWKNIFE. Capital & the largest city of the Northwest Territories Yellowknife, NWT - . closest to the north pole. map of the north western

How did Yellowknife get its name? - . by: daniel chaldezos. where is yellowknife. yellowknife is in the northwest