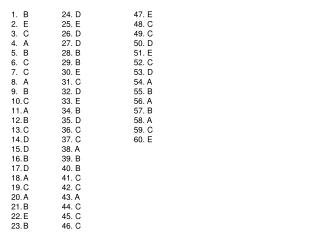 A B C D  D D C B A - Determine the numbers a,b,c,d that has specific multiplication property as shown below, where a

A. B. C. D. E. - Prices received by farmers ( prf ), taken together in all the assumptions, would adjust upwards from

A B C D - . a foss solution for libraries and documentation centres in the south. overview. background information on