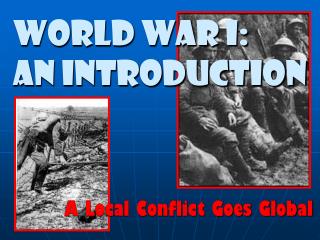 The End of Enchainment : Will the Removal of Textile and Clothing Quotas Bring Us Enchantment? World Bank Seminar 25-

World War I and the Crisis of the European Order - . introduction. during wwi the great colonial empires of europe made

The End of Enchainment : Will the Removal of Textile and Clothing Quotas Bring Us Enchantment? World Bank Seminar 25-

The Five Themes Through World Religions - . what do i know about judaism, christianity, and islam? fill out the kwl chart

Countermarked Coins From Around The World - . introduction. the marking of coins after minting: common practice for as