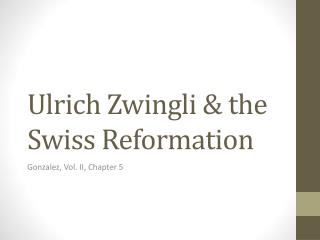 World History - . sswh9. the student will analyze change and continuity in the renaissance and reformation.

Probabilistic Risk and Safety Analyses for Process Plants and their Areas of Application Ulrich Hauptmanns - . innovation

The Protestant Reformation Spreads - . eek! the reformation spreads and some lose their heads!. the time: 1500s the

Reformation Review - . in the second decade of the 16 th century a powerful religious movement began in saxony in germany

Unit 4: Chapter 11 – Renaissance and Reformation - . in this chapter, you will learn about important changes that led