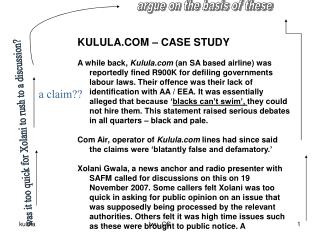 argue on the basis of these. KULULA.COM – CASE STUDY

Hemophilia – a Case Study - . what are symptoms?. excessive or spontaneous bleeding into joints, muscles, brain, or