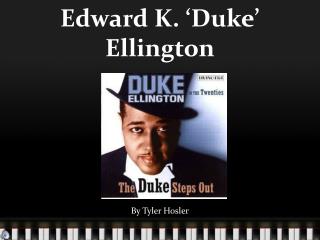 The Duke - . his gift lay in the inspiration he shared with his musicians he composed and arranged for particular

Duke Ellington - He created a style of sophisticated jazz different from the rest of the jazz he played the piano, led an