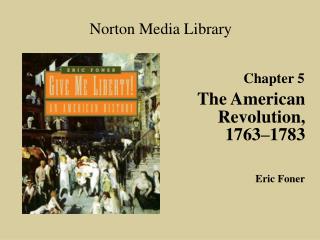 Chapter 5. Norton Media Library. Chapter 5. The American Revolution, 1763–1783. Eric Foner. I. Thomas Hutchinson. II. The Crisis Begins. Consolidating the Empire Prior to the Seven Years’ War, London had loosely tried to regulate some of the colony’s economy