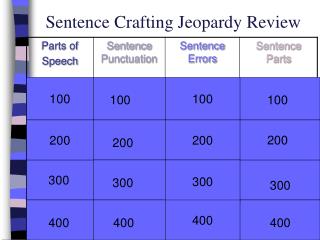 48” x 42” Template with Instructions - . author and contributor names institution names and addresses. getting

Author’s Craft - . annotation 2012. what is the “author’s craft”?. language and techniques the author purposely

Chapter 10: Crafting the Service Environment - . overview of chapter 10. what is the purpose of service environments?

Direct Quotes and Paraphrasing - . mla format. what are direct quotes?. direct quotes = use of the author’s exact

Final Review: What You Need to Know - . american literary history after 1914 terminology used in discussing literature a

Using Language in Public Speaking - . language is powerful. using language can be a challenge. word choices can make your

The Crucible - . test review. in an allusion to the bible, people “part like the seas” for abigail because they love