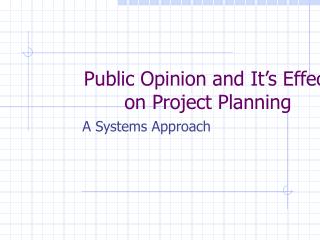 SOFTWARE PROJECT MANAGEMENT - . by dr.s.santhosh baboo. project:. the dictionary definition put a clear emphasis on the