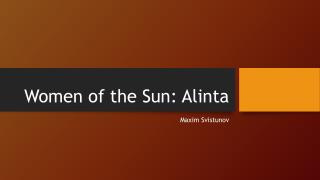 Raising Up Esther Workshop - Nurturing the nations. raising up esther workshop. the disappearance of women. part 2 the