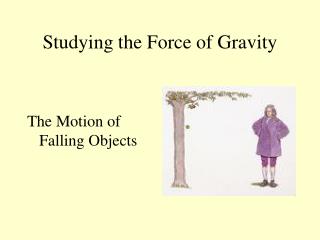 Studying the Force of Gravity Studying the Force of Gravity. The Motion of Falling Objects. Every object exerts a force on every other object. This force is called…. Gravity. The Effects of Gravity on Matter. Gravity: a force of attraction between objects that is due to their masses. Chapter 5.

Studying the Force of Gravity

FORCE AND MOTION - . 1. earth and everything on it are affected by forces . 2. a force is a push or a pull that causes an

Motion and Forces - . displacement in time and space. focus questions. all animations: www.exrx.net. what is motion? how

Friction and Gravity - . what is friction?. the force that two surfaces exert on each other when they rub against each

FORCES Lesson 1 Friction and Gravity - . what is a force? (p.44). a push or a pull on an object in a particular