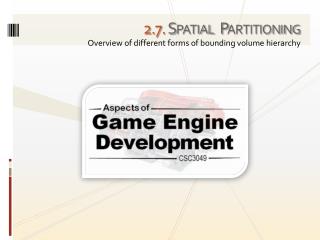 Spatial partitioning of the regulatory landscape of the X-inactivation centre

THERE’S A RECTIFIER IN MY CLOSET: Vertical CO 2 Transport and Latitudinal Flux Partitioning - . [illustrations from

CS 240A: Graph and hypergraph partitioning - . thanks to aydin buluc, umit catalyurek, alan edelman, and kathy yelick for

Spatial partitioning of the regulatory landscape of the X-inactivation centre