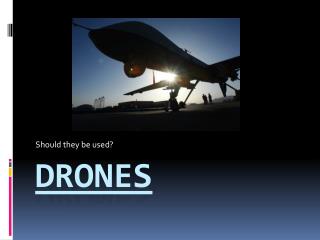 Should they be used?. Drones. The facts. Drones - . by james riedel &amp; phillip schrank. overview. what is a drone? what do they do? what has gone wrong

DIY Drones - Build your own flying

LED drones - Looking for perfect drone but still wondering about which one is to buy. well, you have arrived at the right

Drones & their Uses! - Looking to buy a drone? check our expert reviews of the best drones for sale and choose the

Buy Drones Vancouver - Buy best quality drones in vancouver. we are most trusted drone store in canada. place your order

Aerial Drones & Accessories - If you want to have great fun of flying and photographing? shop a wide selection of