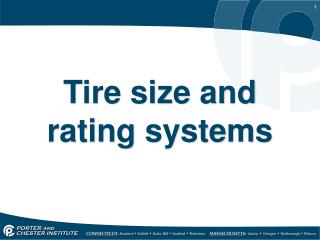 Tire size and rating systems. Forces acting on tires. The tires must support the weight of the vehicle. The forces of braking, cornering and acceleration must also be transmitted from the vehicle to the road through the tires. Eye Disability Rating - . fall conference 2009 steve heye / jim sampson. what is important for me as a cso to know. va

Are we over-rating the risk of low-dose drug exposure on the selection of resistant strains? - . pierre-louis toutain

The Geography of the United States - . us geography basics. third largest country in the world. half the size of russia.