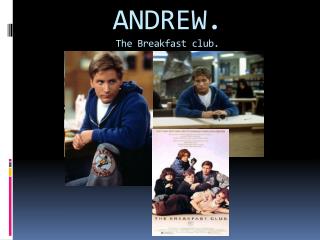 When do you have lunch ? - . questions in present simple. where ? when ?. mark &amp; julie have breakfast. where do

The Breakfast Buzz - . what’s the buzz about?. 92% of americans believe breakfast is the most important meal 44% of

Breakfast Club Risk Assessment - . don’t burn the toast!. general . are the arrangements for the breakfast club

The Breakfast Club characters and ideas - . what’s the big idea?. stereotypes are not a true reflection of a person.

Breakfast - . today we will… * understand the importance of eating breakfast * learn that a healthy breakfast includes