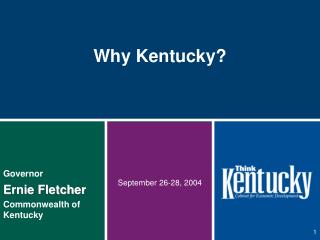 Chronic Disease in Kentucky Why it should matter to you! - . rice c. leach, m.d. commissioner kentucky department for

Transitioning to the 2013 Kentucky Building Code - . approximately 926 changes to the 2006 ibc proposed and heard by

May 2007 - Mercury biochemistry and its relationship to neurological diseases dr. boyd haley professor department of