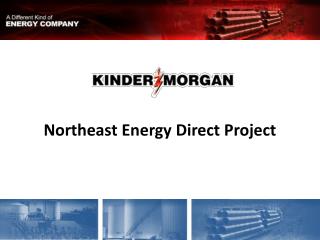 Northeast Energy Direct Project. About Kinder Morgan. Kinder Morgan is one of the largest, most experienced energy companies in North America. We own an interest in or operate approximately 80,000 miles of pipelines and 180 terminals.

Let's Look at the... - Let's look at the. northeast region. created by amanda madden. where is the northeast?. have you

Energy - . energy. the capacity to do work many types of energy and one type can be transformed into other types.