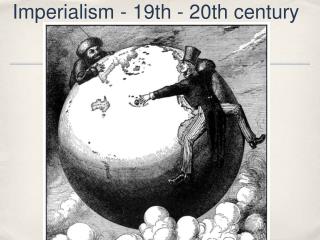 Imperialism - 19th - 20th century. What does “Imperialism” mean?. Imperial motivations. Imperialism: takeover of a country by a stronger nation with the intent of domination over the political, economic and social life of the people of that nation