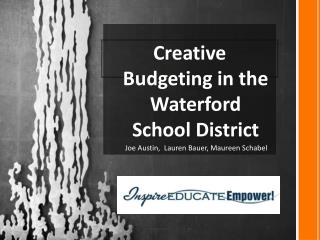 Waterford High School Forensics Team - . building a tradition of excellence in public speaking. what is forensics?. a

Find Plumbers in Waterford - Are you looking for plumbers in waterford? so here you are in right place at fogarty

Dog Boarding In Waterford - Are you looking for dog boarding in waterford? heather's top dog boarding, we care your dog.

Gifted Testing in the Kyrene School District - . “children and youth with outstanding talent who perform or show the

Truancy in the Binghamton City School District - . defining the problem, assessing where we are and coming up with

Recycling In The Irving Independent School District - . as easy as 1…2…3…. this has been prepared in cooperation