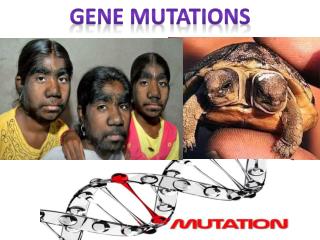 GENE MUTATIONS. Recall that with a GENE mutation, only one gene on the chromosome is affected. However, many genes are crucial for producing key enzymes and for controlling key cellular processes. WARNING !!!. Genetics… …in the News - . chromosomal mutations. chromosome mutations are variations from the wild-type condition

C hair of Medical Biology, M icrobiology, V irology, and I mmunology - . genetics of bacteria and viruses. bases of