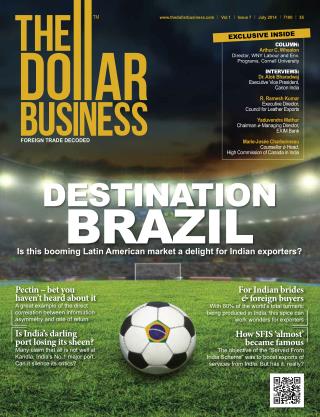 Cover Story - A Key brick in BRICS
Why despite having the lowest import/GDP ratio among all major economies, Brazil offers $56 billion worth of low hanging fruits to Indian exporters... read more at https://www.thedollarbusiness.com/magazine/archives Arrow Sudoku - . or sudokarrow if you read the saturday i purchase arrow sudoku magazine from clarity media here:

Heartfulness Magazine Issue 14 - Throughout 2016, heartfulness magazine has featured many articles on the science of

Heartfulness Magazine Issue 8 - In the june issue of heartfulness magazine, we explore the intrinsic goodness of the

Heartfulness Magazine - August 2017 (Volume 2, Issue 8) - In this issue, as well as our regular articles we focus on the

Heartfulness Magazine September 2017 (Volume 2 Issue 9) - In this issue, daaji takes us on the next stage of the journey

Big Data at the Intersection of Clouds and HPC  - . the 2014 international conference on high performance computing