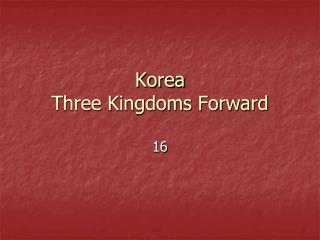 Kingdoms - . rebecca husk. http://www.castlewales.com/raglan.html. what is a kingdom?. way of classifying species,

Kingdoms - . by janelle, kailey, and kally. kingdom-fungus common name-brewer’s yeast and baker's yeast where can it be

Kingdoms - . viruses and bacteria. 6 kingdoms. the 6 kingdoms are divided among 3 domains based on general cell structure

A ‘perfect union’? James VI and his three kingdoms - . gabriel glickman. james vi and i . royal depositions and

Six Kingdoms - . edward choi. plantae. plants are all multi-cellular and consist of complex cells. they photosynthesize