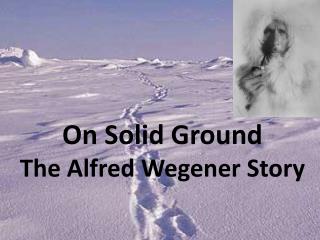 The Theory of Continental Drift - . continental drift theory. proposed by alfred wegener in 1912 250 million years ago,

Alfred Marshall - . 1842-1924. biography. son of a bank cashier. father pushed him to the point that had it not being for

The Birth of a Theory: - . continental drift. throughout history, most people believed that the continents had always

Ground Nesting Bees &amp; Wasps - . training course 2011. do you know what a ground bee looks like?. is this a ground

Botanical Potluck Lab - . and an introduction to spices and herbs. read the pre-lab and then answer the pre-lab