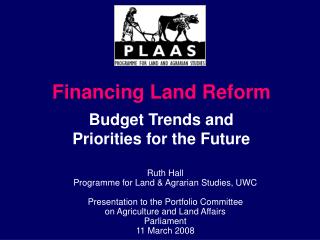 PRESENTATION TO PORTFOLIO COMMITTEE ON TRANSPORT 22 MAY 2002 - . national department of transport. content of

Presentation to the Portfolio Committee on International Relations and Co-operation - . dr a ntsaluba director-general