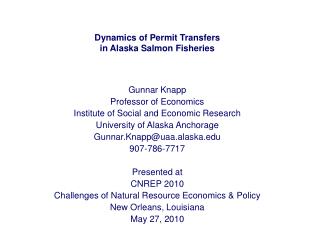 Chapter 7 - . entering the world stage. starter #1: tuesday 10/16. read the inside story, why did the united states buy

PRESENTATION TO THE PORTFOLIO COMMITTEE ON AGRICULTURE, FORESTRY AND FISHERIES 29 JULY 2014 - Department of agriculture,

Module 3C How to Apply for Coverage Under an APDES General Permit - . module 3c – applying for coverage under apdes

World Dynamics - . in this lecture, we shall apply the system dynamics modeling methodology to the problem of making

Importance of Habitat in salmon declines and recovery - . ray hilborn school of aquatic and fishery sciences uw. what is