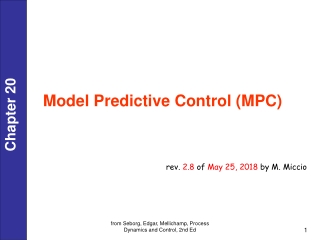 Model Predictive Control (MPC). rev. 2.8 of May 25, 2018 by M. Miccio. Introduction on MPC. Introduced since 1980 It works in discrete time framework It partly overcomes the need of a feedback architecture