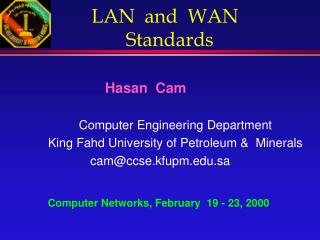 LAN and WAN - . lan (local area networks) are small networks which are contained in a single building or small area. wan

LAN / WAN Business Proposal - . what is a lan or wan?. a lan is a local area network it usually connects all computers in