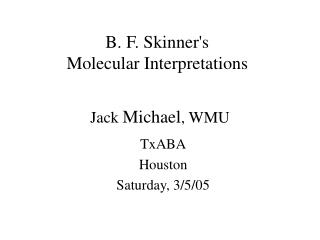 AP Psychology - . unit 1 notes. with your partner, decide if the following are true or false:. most people only use about

Psycholinguistics - a dead discipline? - . term coined in 1954 (osgood). aim: to describe the exact operation of the

Do Now Quiz - . level 0 !! nothing on your desk except a pen/pencil. everything under your seat. 3.1 – learning

Memory - . ap psychology . memory. memory is defined as the persistence of learning over time through the storage and

Classical Conditioning II - . what are the necessary conditions for classical conditioning?. delay. cs. us. weaker