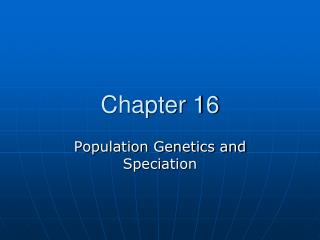 Chapter 16. Population Genetics and Speciation. Variation of Traits. In nature many quantitative traits in a population tend to follow a bell curve pattern Average (ex height and weight).