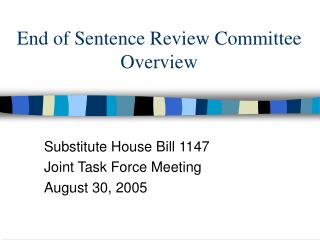 Review of Sentence Structure - . for each of the following sentences, label the subject and the predicate. indicate if

Parts of a Sentence Review - . what are the four types of sentences?. declarative (a statement). interrogative (a

Parts of the Sentence Review - . the test will be tomorrow. you will have to identify complete subjects and predicates by

Sentence Types Review - . grammar review: notes. we are checking over the notes you should have already taken. you must

Sentence Structure Review - . simple, compound, complex, and compound-complex. what is a clause?. must have a

End-of-Year Review - . self assessment process. may 2014. learning targets. i can understand the self-reflection process